These crispy and chewy Apple Jacks Marshmallow Treats are easy to make using just 4 ingredients. And this delicious no-bake dessert has hints of vanilla, cinnamon, and apple flavors and is colorful and fun. 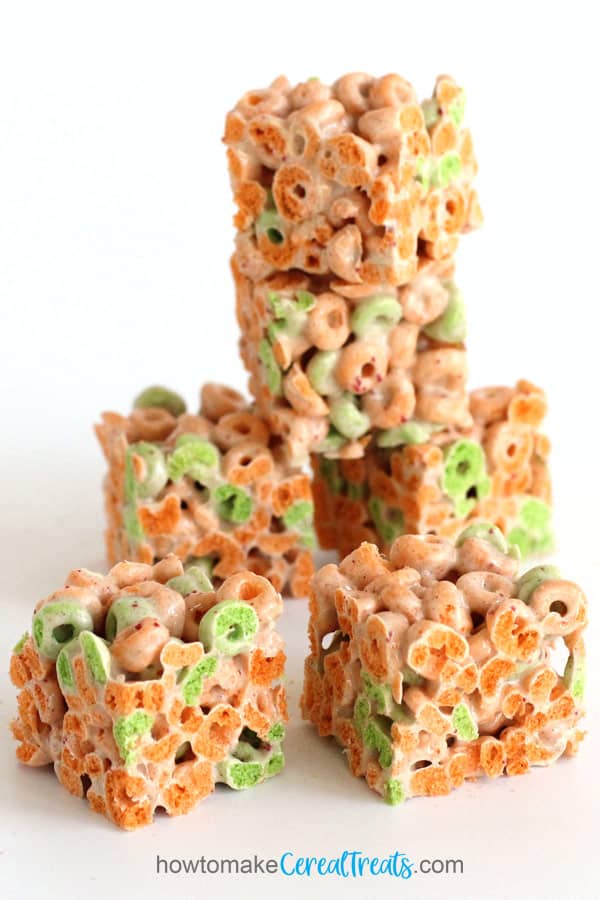 My goal of making marshmallow cereal treats using every kid’s cereal on the market has been so much fun.

Today, I blended Apple Jacks with melted butter and marshmallows to make these delicious no-bake treats. 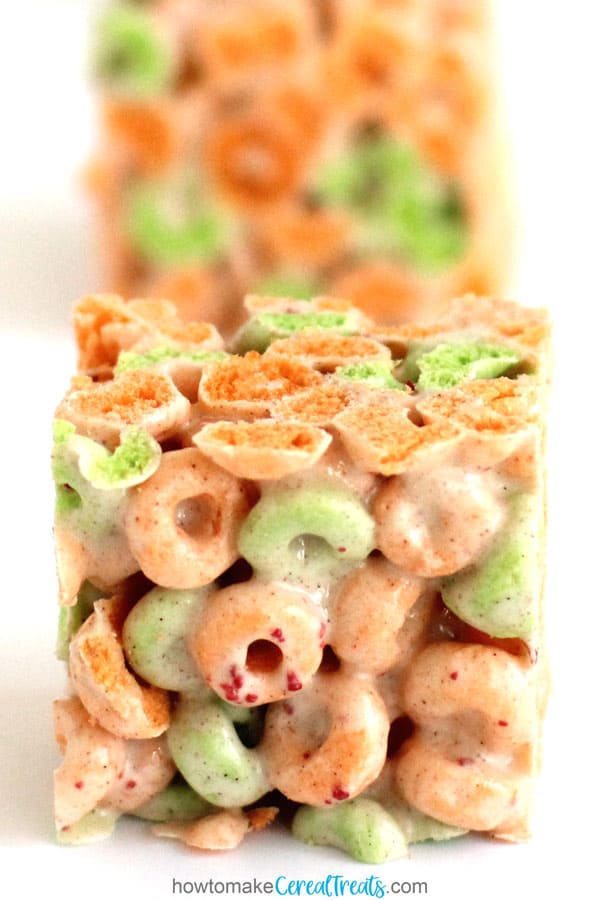 The cereal already has a nice hint of cinnamon flavor but I wanted to enhance it so I added a sprinkling of cinnamon to the melted marshmallows and butter.

If you want to boost the apple flavor you could even add some bits of dried apple to the recipe like I did when I made the Cinnamon Apple Rice Krispie Treats.

To make these Apple Jacks treats, I started by melting butter and marshmallows. To give the cereal bars the very best flavor I used European-style salted butter. 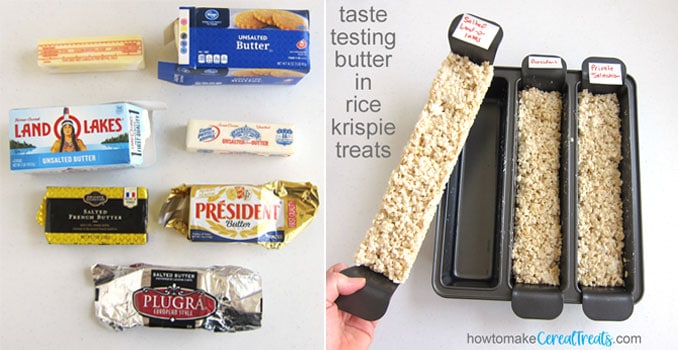 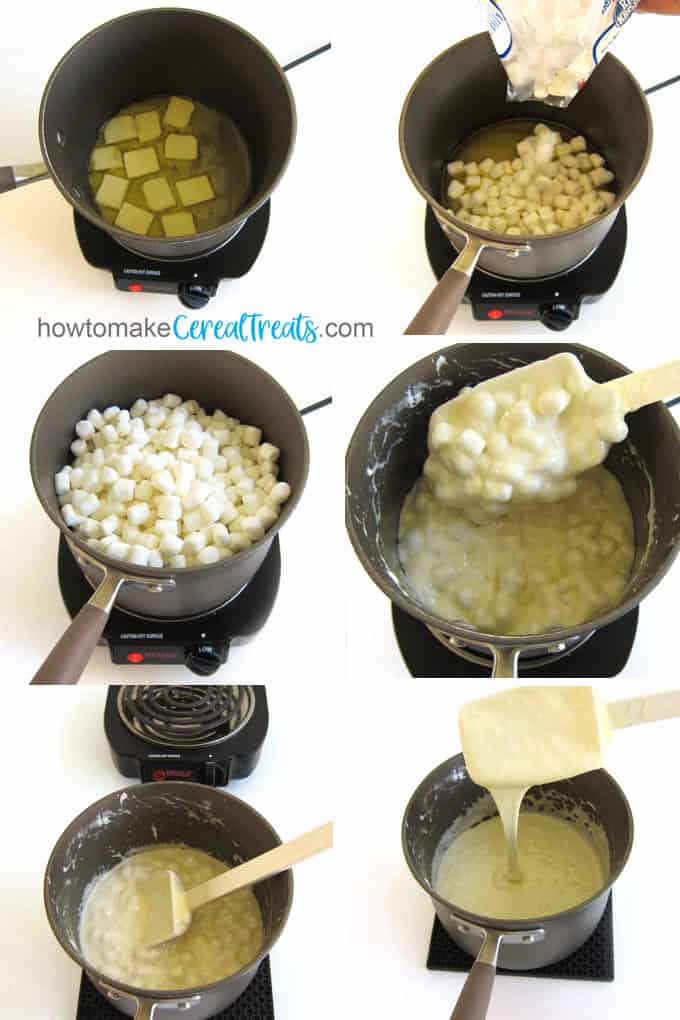 Oddly enough, every brand of marshmallows is different. Some are heavier and denser than others.

If you don’t have a scale you can measure them using standard US cups.

I personally prefer using mini marshmallows because they melt more quickly, but you can use the standard-size marshmallows if you prefer. 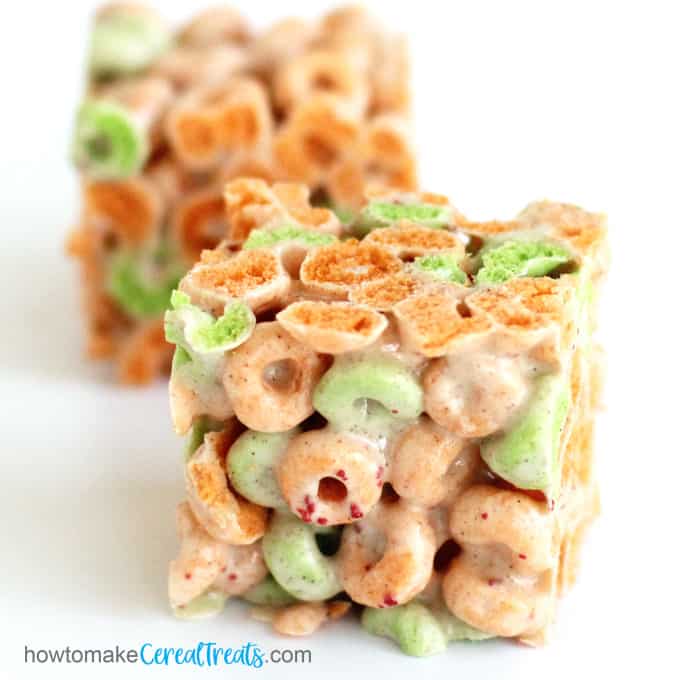 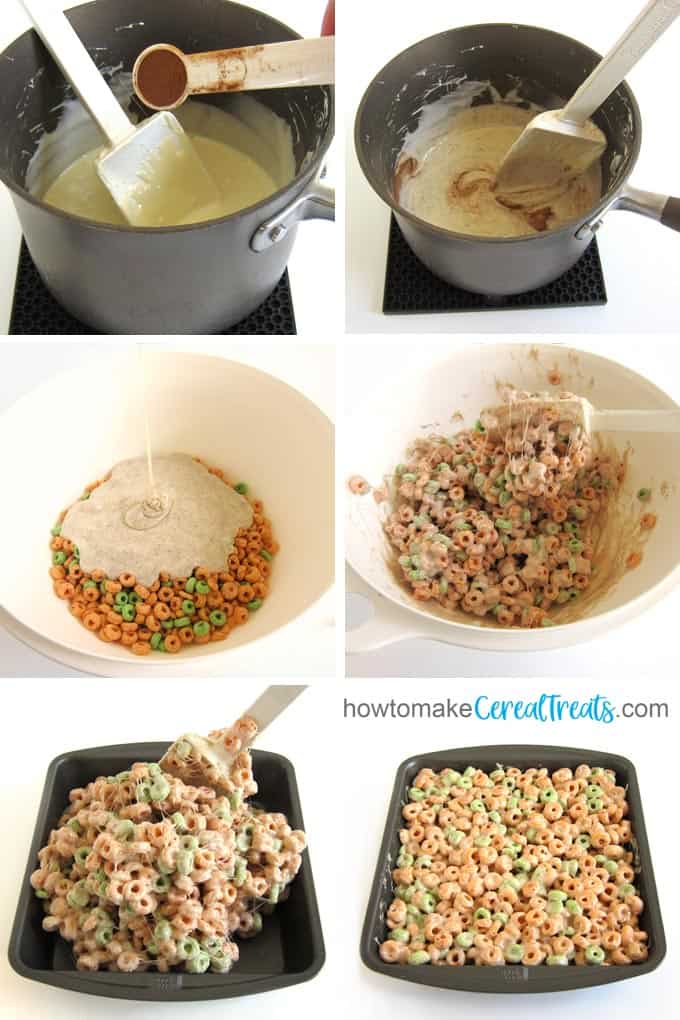 These treats made in an 8 or 9-inch square pan are nice and thick. If you want thinner treats you can spread the cereal mixture into a larger pan or you can use the recipe listed below to make a larger batch of the cereal treats in a 9X13-inch pan.

If you want to make a larger batch of the cereal treats in a 9X13-inch pan, use the ingredients listed below. 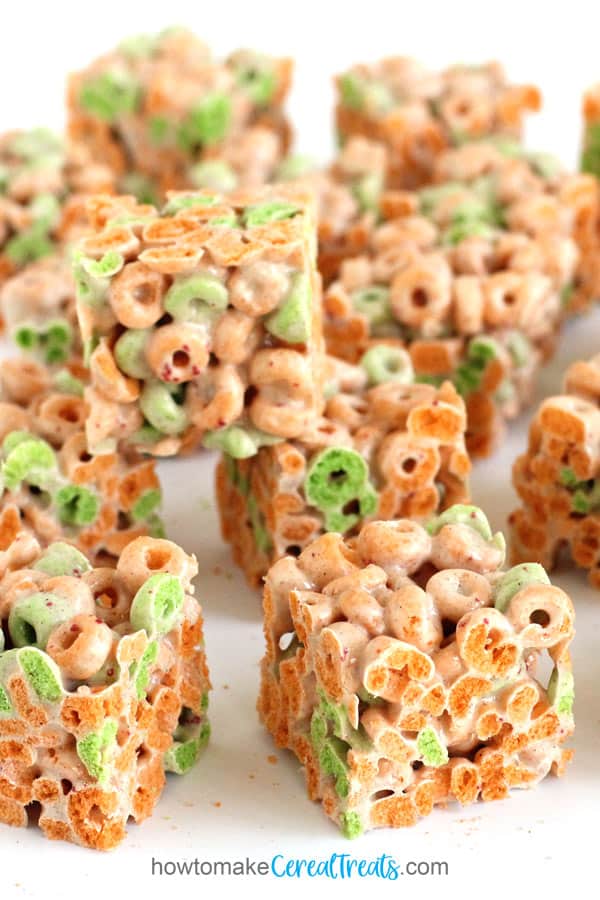 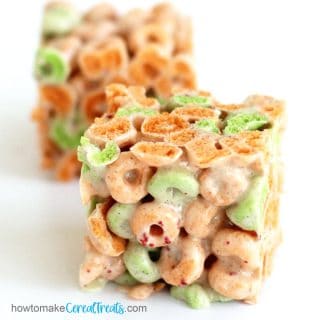 Store in an airtight container at room temperature for up to one week.
Keyword Apple Jacks Cereal, cereal bars, cereal treats, marshmallows 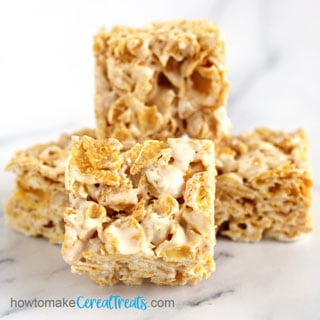 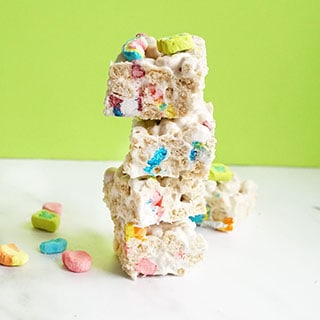 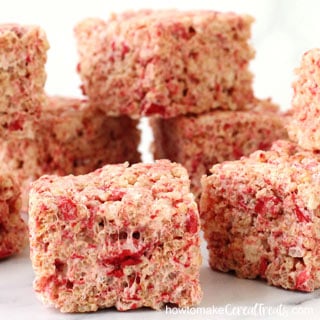 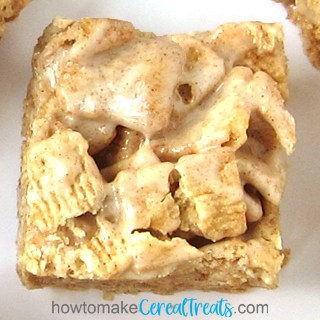 See all of our Kid’s Cereal Treat recipes, here. 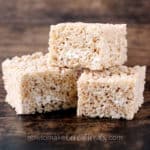 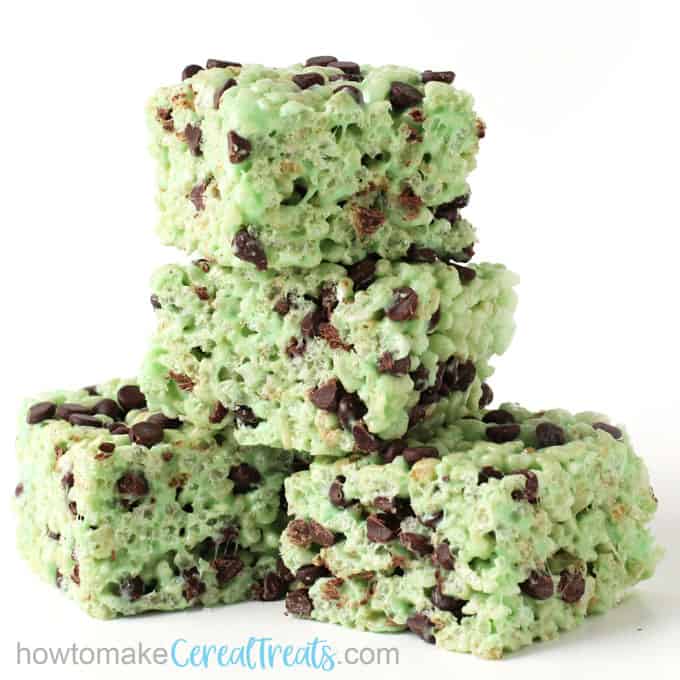